Posted on by in DVD to iPad Software - 1 Comment

The iPad is a great tablet, but it’s not the only tablet. While there was a time where it was the only high-performance tablet on the market, that time has passed. There are now a number of high-powered tablets running Android. We even did a comparison between the iPad and the Kindle Fire last week. These tablets include premium specs such as 10-inch screens, dual-core processors and overall solid hardware. If the iPad just isn’t for you, a number of these tablets could fit your needs. Here, we take a look at the top 5 iPad competitors to keep an eye on this holiday season.  However if you already have an iPad or if you are thinking of getting one of these competing tablets just note that it is possible to convert your DVD movies into iPad or other tablet formats by using the correct software. 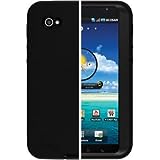 For an amazing tablet experience, look no further than the Samsung Galaxy Tab. The Galaxy Tab brings all of the aspects that made the Galaxy S II one of the hottest phones of 2011 to the tablet form. It has a dazzling 10.1-inch screen, a 1 GHz dual-core Tegra 2 processor and more. The Galaxy Tab is available in 8-inch and 10-inch form factors, with 16, 32 or 64 GB of storage.

With this reworked Galaxy Tab rocking a slightly larger touchscreen over the iPad 2, higher resolution, a 1GHz dual core processor and lighter 595g weight compared with the 601g of the iPad 2 Wi-Fi.

The Kindle Fire runs Android, but Amazon has skinned it so heavily that it resembles no other Android tablet on the planet. The device has a 7-inch screen and 8 gigabytes of storage. The tablet will rely heavily on cloud storage, making the relatively low amount of storage less of a concern. At $199, the Kindle Fire’s price undercuts most tablets on the market and should be a hot item this holiday season. Apple has already lost the battle in the smart phone market, and signs are appearing that their stranglehold on tablets might be slipping. Current estimates give Android 27% of worldwide tablet sales in Q3, to the iPad’s 67%.

The original Transformer was a hot seller. With a keyboard dock that effectively turned it into a laptop, the Transformer was unified the pleasure of a tablet with the productivity of a notebook. The recently announced Transformer Prime will have a slimmer design. It’s shipping with a 10-inch display and will be the first tablet to use nVidia’s new quad-core Kal-El processor.

For those who want a keyboard to go with their tablet but don’t want to keep track of a separate accessory, the Eee Pad Slider is the perfect option. The Slider tablet has a full keyboard tucked underneath it, meaning owners can use the Eee Pad Slider for productivity on a regular basis. The specs on the Slider aren’t as up-to-date as the Transformer Prime, but a built-in keyboard should entice a lot of owners.

Like the EeePad Transformer the EeePad Slider has a front facing 1.2MP video camera and a rear facing 5MP autofocus camera. The touchscreen is capacitive, the device runs Android 3.0 and will be able to connect to the net with optional on board 3G connectivity.

While the Thrive isn’t the slimmest tablet around, it is one of the most feature packed. Unlike other offerings that feature flash memory and have no USB ports, the Thrive supports removable SD storage and has multiple USB ports. It runs Android 3.1 Honeycomb and has a 10-inch screen. Since the Thrive has been out for a few months, it will be one of the most affordable tablet offerings.

So no matter what Android device you choose you can be sure that there is stiff competition to the iPad now.

This site uses Akismet to reduce spam. Learn how your comment data is processed.